You are here: Home1 / Our Founder 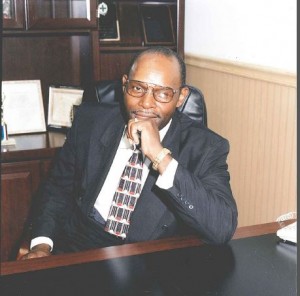 After accepting God into his life in 1969, he soon acknowledged his calling from God into the ministry.  In 1974 he was appointed as the Youth Pastor of The Moses Tabernacle Free Church of God in Christ.  In addition to performing his duties as a Youth Pastor, Apostle Gus Kilgore received training and certifications for Communication Awareness, Leadership, Motivation, Accident Prevention, Quality Control, Human Relations, Inventory Control, and Quality Educational Systems while working as a Mixing Production Supervisor for Griffith Laboratories.

Also, in 1981 Apostle Kilgore joined The Apostolic Holiness Church of America and acquired expertise in the nine sacerdotal functions:  Funerals, Weddings, Baptism, Church Administration, Counseling, Communion, Baby Dedication, Teaching, and Preaching.  As a result he was ordained as an Elder and went on to Pastor Churches for the organization in LaGrange, Greensboro, and Eatonton Georgia.

In 1989 Apostle Kilgore began preaching to international audiences as he traveled to Africa, Jamaica, and England.  He also formed the New Life Outreach Christian Center in 1991 and went into full time pastoral ship.  While establishing annual conferences and developing relationships with others, Apostle Kilgore assisted many pastors to establish new ministries.  A major accomplishment for Apostle Kilgore was completing the establishment of New Life Outreach Ministries Inc in 2002, a 501-C3 certified organization designed to meet the total needs of mankind.  From the accomplishment many programs have been  formed such as a computer lab for the community, clothing and food bank for those that are in need,and The New Life Outreach Ministries College Scholarship Fund.

Want to join the discussion?
Feel free to contribute!